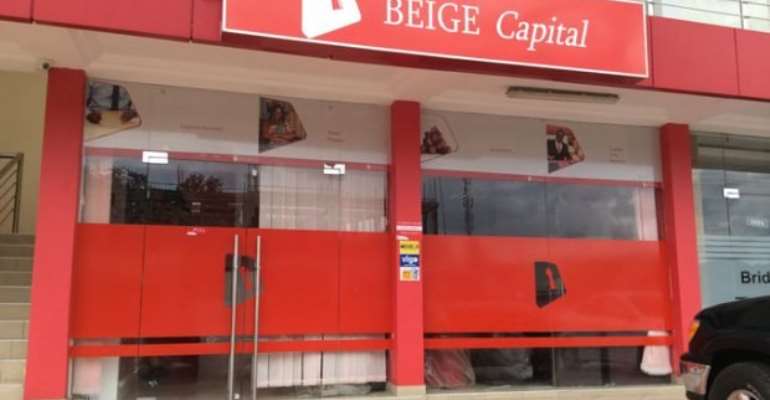 According to the application at the high court dated June 20, 2019, Mr Amanor Dodoo is praying the court to help recover the said assets from Mr Nyinaku and 12 other defendants.

The Receiver is among other things praying the court to order Nyinaku and his subsidiaries to refund a total of GHc1, 363,851,590.35, including interest.

According to Mr Amanor Dodoo, Mr Nyinaku breached his duties as director of the defunct Beige.

The Receiver is also going after the house of the Mr Nyinaku located at Transaco, Beige village and the Beige Group head office as well as other properties located in the metropolis and other parts of the country.

This is because the former owner of the bank is alleged to have used funds taken from the defunct bank to acquire these properties.

The defendants, in this case, are being asked to also return all assets in their possession to the receiver. An injunction is also being sort, to stop these persons in possession of these assets from deposing them as well.

The Beige Bank commenced banking operations in December 2017 after operating as a savings and loans company since.

A special examination conducted by the Bank of Ghana into the affairs of the bank six months after the commencement of its operations revealed that funds purportedly used by the bank’s parent company to recapitalize were sourced from the bank through an affiliate company and in violation with regulatory requirements for bank capital.

In particular, an amount of GH¢163.47 million belonging to the bank was placed with one of its affiliate companies (an asset management company) and subsequently transferred to its parent company which in turn purported to reinvest it in the bank as part of the bank’s capital.

The placement by the bank with its affiliate company amounted to 86.86% of its net own funds as at end June 2018, thereby breaching the regulatory limit of 10%.

Furthermore, the purported use of the same funds by the parent company of the bank to reinvest in the bank was in contravention of the Bank of Ghana’s requirements for bank capital. Also, the bank has not been able to recover these funds for its operations.

The bank persistently breached the cash reserve requirement (CRR) of 10% (CRR at 23 July 2018 was 1.97%) since the beginning of January 2018; The quality of the bank’s loan portfolio had seriously deteriorated resulting in a Non-Performing Loans Ratio (NPL) of 72.80%; The bank’s Capital Adequacy Ratio (CAR) was assessed to be negative 17.18% as against the regulatory minimum of 10%, thus, recording a capital deficit of GH¢159,162,557.64, rendering the bank insolvent.